Are we oversensitive to gluten?

Home Digestive Health Are we oversensitive to gluten?
NextPrevious

Are we oversensitive to gluten?

There is More to Gluten Than First Thought

“Gluten is a vague term…it’s something that’s used to categorise things that are bad” – Seth Rogen.

This quote from Hollywood film ‘This is the End’ nicely surmises the perception and confusion surrounding gluten. A vague mass awareness of gluten has grown significantly over recent years due to a plethora of quasi-accurate information divulged through the media and online.

However, there is question over whether the surge of gluten-related disorders including and beyond coeliac disease (CD) is due to better diagnostics, increasing paranoia, or if it has much to do with gluten at all.

We are Stressing out our Grains

Ever wondered why some people report they can enjoy baguettes in France or pizza in Italy, yet one slice of bread purchased from the local supermarket leaves them curled up in pain? Over the years gluten has been proposed to have various effects on our physiology, the primary of which is increasing intestinal permeability[i] (sometimes called ‘leaky gut’); so how is it that so many individuals report this phenomenon when holidaying in European countries? One hypothesis might be that it is the reduction in stress that has improved their ability to regulate the inflammatory response and immune reactivity, and hence they become less sensitive to gluten. However, could it be less to do with the individual’s stress levels and more to do with stress applied to the grain itself which transforms gluten to be more toxic? Dr Anthony Fardet, nutritionist and agro-food engineer, put it eloquently in a 2015 article published in Medical Hypothesis stating

that it is the denaturation of cereal grains “by drastic processing [that] has rendered gluten unhealthy, toxic and not easily digestible”.

The difference between traditional and contemporary processing methods of wheat and grains are so vast and many it is difficult to identify the greatest assailant. They include:

Combine this with various other techniques such as higher kneading intensities for bread baking, the use of baking powder instead of leaven, increased use of high temperature extrusion cooking and it is not surprising the struggles people face following wheat consumption.

Finally, there is the addition of ‘vital’ gluten, a purified gluten removed from its natural source so it is no longer accompanied by protective, anti-inflammatory and antioxidant phytochemicals.[i] It is now so extensively utilised that consumption has tripled since the late 1970s, reflecting the same period in which we’ve seen a drastic increase in the rates of CD.[ii] This really does raise the question who is at fault? Is gluten the one causing harm, or is it us? It’s no coincidence that the prevalence of gluten-related disorders is significantly less in places where wheat is only minimally processed compared to countries in which wheat is highly refined and ultra-processed.[iii] 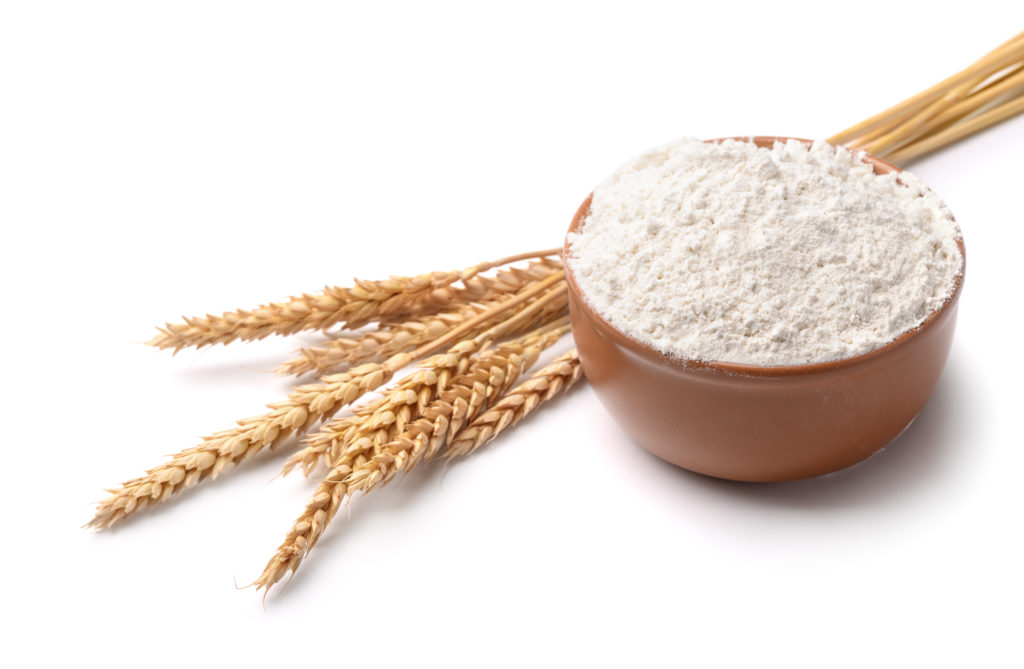 The Bread of the Bible Exists no More

Thanks to a lifelong interest in tinkering with the genetic design of wheat, Norman Borlaug, a small time farmer in Iowa, ended up feeding half the world and winning a Nobel peace prize in 1970. His hybridisation techniques created a wheat with a yield so strong that it was once estimated to provide “roughly 23% of the world’s calories”[i]  during a time of severe famine. Of course nowadays, the quandary of food scarcity has largely been replaced by a problem of overabundance, yet Borlaug’s wheat remains the wheat of today and, when combined with the dramatic shift in processing methods, it has become distinctly different from the wheat of the bible[1][ii],[iii] One characteristic difference of hybridised wheat compared to wild wheat species is the presence of wheat germ agglutinins (WGAs) – a type of plant lectin.[iv] WGAs profoundly increase intestinal permeability, resulting in increased translocation (movement across the gut barrier) of microbial and dietary antigens, which then interact with cells of the immune system.[v] These effects on gut permeability are so defined, research into pharmaceutical delivery techniques have begun to focus on lectins as a vehicle to allow drug molecules to pass across the gut barrier and enter into the bloodstream.[vi],[vii] Not surprisingly, the intake of WGAs exacerbate gluten’s effects on gut permeability and consequent immune activity, creating a variety of symptoms for which gluten often takes the sole blame. 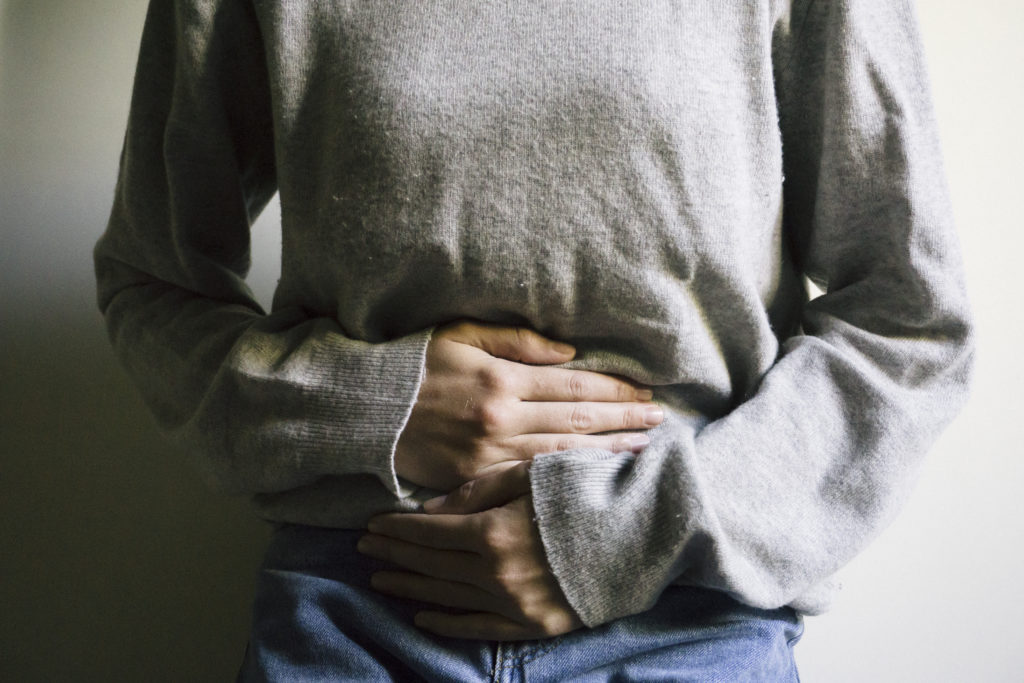 The Harm Comes From the Herbicide

Thirty-five years on from Borlaug’s first commercialised, hybridised wheat, the advances in wheat technologies have continued, again with damaging effects. A bigger problem than the modification of the wheat structure genetically or via processing is the application of glyphosate (trade named RoundUp®) right before harvest, a practice that has been in vogue for the last 15 years[i] due to its potent ability to exterminate a broad spectrum of weed species.[ii] Not only has the World Health Organization suggested glyphosate is ‘probably’ toxic to humans,[iii] (with many others claiming this also) its killing activity extends beyond weeds, all the way to our intestinal microbiota (particularly affecting Lactobacilli and Bifidobacteria), causing disruption in the normal gut microbiota colony (referred to as dysbiosis).

In addition to this, glyphosate impairs nutrient absorption and interferes with CYP enzymes (those that are involved in normal detoxification); all of which are established pathogenic factors contributing to the development of CD amongst many other pathologies.

The adversary individuals should be avoiding is not only gluten itself, but any plant-based foods that utilise this harmful herbicide during their production. 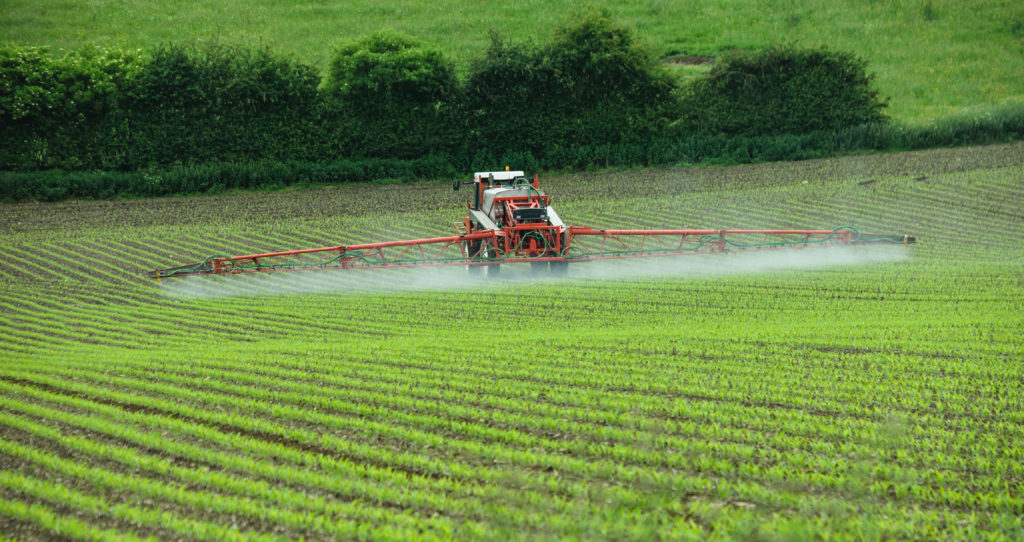 Obviously, it is not just glyphosate that impacts the state of our intestinal microbiota, and one can assume that many people seeking help from their natural healthcare Practitioner possess some degree of dysbiosis that is playing a directive role in their health. Those with gluten-related disorders are no exception.

Increased concentrations of pathobionts, (i.e. bacteria that may be ordinarily present in the gut such as E.coli but which can become pathogenic in higher levels)[i] activate the pro-inflammatory pathways that reduce gluten tolerance and promote CD onset.

The resulting gut inflammation, further drives the gut microbial community towards a state of dysbiosis, resulting in a vicious cycle.[ii] Fortunately, probiotic bacteria such as Bifidobacteria and Lactobacilli, have been shown to modify gluten to make it less allergenic,[iii] so much so the food industry exploits their benefit by adding them to gluten-containing foods in an attempt to render them safe for consumption by those with gluten intolerance.[iv],[v] Interestingly, this relationship swings both ways, and genes linked with CD susceptibility have been found to influence an infant’s colonisation ability, predisposing them to acquiring insufficient protective microbiota[i] and highlighting the need to hack into this microbial community with probiotics, even in infancy, to minimise the additive effects of dysbiosis in the development of CD in their future. Are FODMAPs the Real Culprit?

Interestingly, all of the advances around the manufacture of gluten-containing grains supports the recommendations natural healthcare Practitioners are already providing – to shun refined grains and opt for their unrefined counterparts, eat organically and take a probiotic. However, all of this may not negate the need for gluten avoidance, and appears to remain the most valuable approach to managing gluten-related symptoms. Over the last 15 years, however, a new concept has emerged that suggests the reason many of these patients are achieving relief when eliminating dietary gluten is not due to the gluten itself, but rather the incidental removal of fermentable carbohydrates found in similar foods. Research by Australia’s very own Dr Sue Shephard (PhD) and Prof. Peter Gibson, has revealed that FODMAPs (fermentable oligo-,di-, monosaccharides and polyols) found in high levels in wheat, may be responsible for the triggering of functional gut symptoms experienced in a large proportion of individuals who thought they were gluten intolerant. In fact, a game-changing study compared a low FODMAP diet to a gluten free diet in individuals diagnosed with non-coeliac gluten sensitivity or irritable bowel syndrome, finding that very few people (only 8%) were sensitive to gluten upon rechallenge. It was FODMAPs that had the greatest influence over their digestive symptoms.[i]

Wheat and bread-products have always been championed the ‘staff of life’, yet the modification of food manufacturing practices over the last 50 years alone has caused the grains we typically consider to be ‘all-natural’ to be anything but. As the processes involved in wheat production and processing have evolved, so too has an increasing incidence of gluten-related disorders.

However, gluten has played the role of scapegoat for a wide variety of health concerns, when there are evidently multiple factors at fault.

In fact, for some, its complete elimination may not be necessary. Dietary modifications that are equally or even more important than gluten avoidance include adhering to an organic, wholefood diet, opting for slow-fermented and sprouted grains, taking a suitable probiotic, and conducting targeted investigatory work into other food components that may be responsible for their symptoms – all are needed to allow those previously avoiding grains to potentially enjoy a baguette in Europe both guilt and symptom free!

[*] One of the earliest forms of cultivated wheat is Einkorn (Triticum monococcum) with evidence that it was first domesticated in 7500 BCE. Einkorn differs from current wheat species (T.durum) as it is a diploid species (i.e. contains two sets of chromosomes) as opposed to a polyploid species (4 to 6 sets of chromosomes). Einkorn is a hulled wheat with husks that tightly enclose the grains. It is low-yielding but has a higher nutrient content than current wheat forms, with evidence to suggest its gluten component is less toxic to sufferers of coeliac disease.

Danielle Fairbrother is a qualified Naturopath with a number of years’ experience in the Natural Medicines industry. Including nine years of experience working in and managing Metagenics’ Technical Support and Education Teams. She is passionate about functional, holistic medicine.